Houston Rockets: Team should have their bullseye on Enes Kanter by Brian K. Patterson
Houston Astros Rumors: 4 reasons why the team will win the AL West in 2019 by T.A. Mock
Next1 of 31Prev post
Use your ← → (arrows) to browse 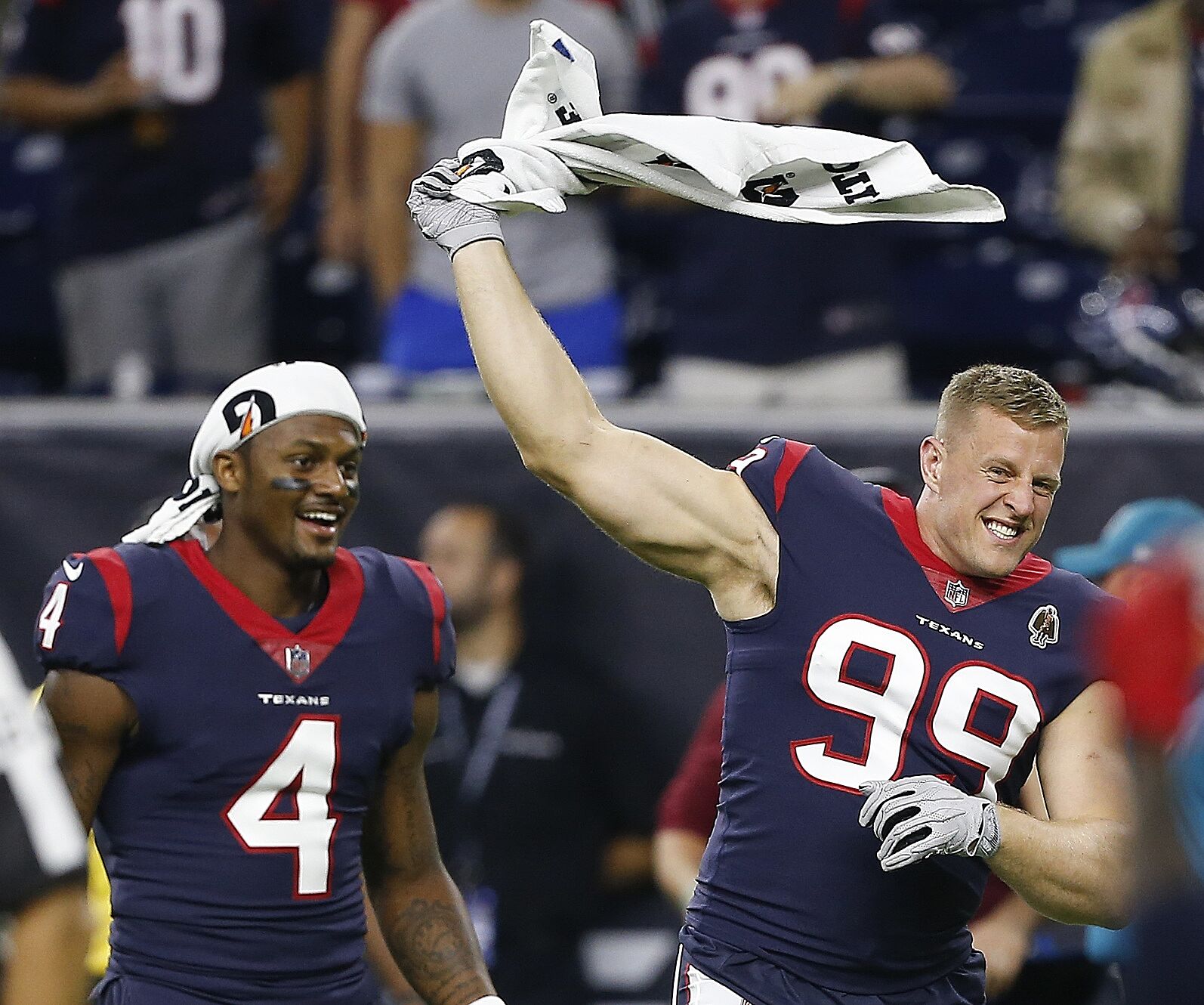 The Houston Texans have not existed for a very long time. That doesn’t mean some great players haven’t suited up for them. Let’s take a look at the top 30.

The Houston Texans have only existed for 17 years and there have been crazy ups and downs throughout those two decades, well, nearly. This team has had three No. 1 overall picks, but they have also played in eight playoff games.

The No. 1 picks give some insight into the franchise. David Carr struggled mightily in the Texans expansion era. Mario Williams had several years of dominance before the Texans opted to not pay him. Jadeveon Clowney has had a mix of both and the team will have to decide if they will pay him in the coming weeks of the 2019 offseason.

All of those playoff teams weren’t created equally either. Some seemed to be significantly better than others, while some squeaked by into the playoffs. Some playoff teams sported some really good quarterbacks, while others sported some ones that probably shouldn’t have started games.

All that being said, there has been a lot happening in only 17 years of existence. You may be thinking, yeah…sort of. There have been some good teams, but it seems that there have been significantly more bad teams.

So, how can there be a list of the 30 best players in Texans franchise history? Well, it’s pretty easy, actually. Even some of those bad teams fielded some elite level players and the better teams have fielded them in bunches. Without further adieu, let’s dive in.

Next: 30. I get it, you're angry
Next1 of 31Prev post
Use your ← → (arrows) to browse
Load Comments
Event Tickets
Powered by StubHub
Top Stories